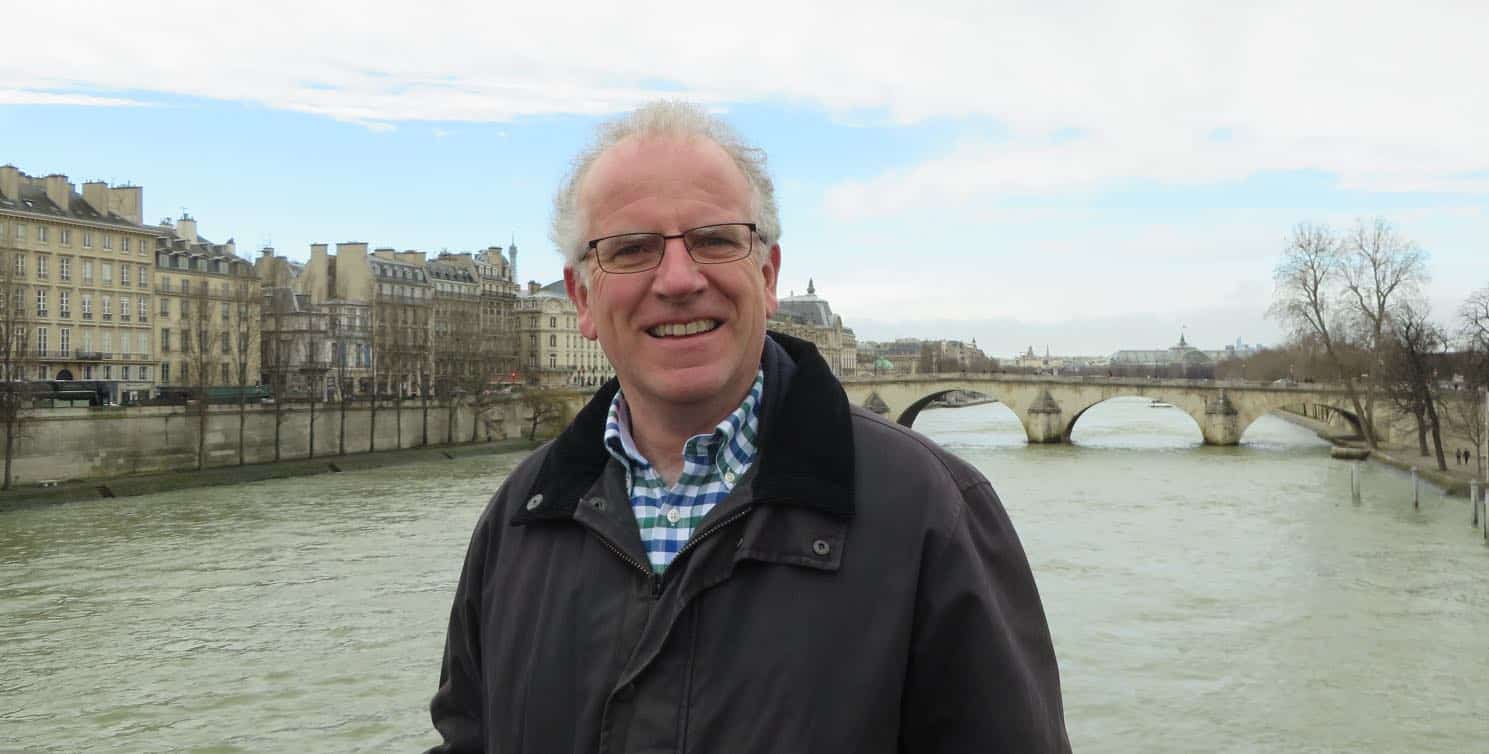 Richard Petrie, Chartered Engineer, Fellow of the IET, died on 17th April 2022 at the age of 63 following a short illness.

His legacy had a profound and long-lasting effect following an illustrious career. A distinguished academic, industry executive and leader of enterprises, Richard gave so much of his life to leading and shaping the businesses that would define him. He was a man of quick wit, uncompromising fairness, and a distinctive and disarming laugh. He was a visionary who could navigate complex ideas with great clarity. He was above all, a family man who loved travelling, cycling, sailing, and learning.

“A great man, a family man, a lovely laugh, truly a gentleman, generous supportive of others… If longevity was aligned to the measure of the man, Richard, you would surely live forever” (S Ruggles, a friend of the family).

Richard Gilbert Petrie was born on the 8th of January at St. Mary’s Hospital in London to Kate and Graham Petrie. He had three siblings, Andrew, Lizzie and Sarah.

Some early memories including dinghy sailing in Blakeney, which led to a passion for sailing, and catching crabs in the harbour. Regular holidays here were a feature for the family in the east of England, as well as others further afield.

He studied at the Leys school from 1972 and friends recounted a field trip to Spitzbergen where Richard displayed early signs of his exceptional leadership skills. When the party got into some difficulty, Richard took responsibility, helping fellow students successfully navigate cold, mountainous, and treacherous conditions back to their base camp. It was noted that he did this with calm and pragmatism despite his tender years. His love of travel, adventure and problem solving would be a feature of his life and hold him in good stead during his working life.

Following his school years, he took a year out in Australia, finding it easy to settle into new environments and was quickly able to build a good circle of friends in the process.

Richard returned to England and started his studies at the University of Cambridge reading Engineering at Trinity College in 1979. In his second year, he met his wife, Jane on a Greek holiday following a spur of the moment trip. Despite some physical distances between the couple, they made the early years work, often compromising to support one another. He graduated in 1981 and began work as an engineer.

His first foray into work was with Schlumberger Wireline in Algeria in Africa in 1982, often reflecting on a time when he was able to save money as he had no way of spending it, and how water was an in-demand commodity in the desert. It was during this time that he bought his first flat in Clapham, London. He then moved to STC Submarine Systems in 1985 and other roles at Coopers & Lybrand Consultants.

Richard and Jane married on the 19th of April 1986, before studying an MBA at INSEAD in France in 1987. Richard and Jane had their first child, Michael who was born on the 12th of November in 1989. This was followed later with a move to Jakarta, Indonesia working for Trafalgar House as their Country Manager and the family adapted to their new life. Their second daughter Charlotte (Lottie) was born on the 1st of July 1992 followed by their third child Madelaine (Maddie) on the 24th of November 1994. After 4 years in Indonesia, the family returned to the UK in 1995.

In 1998 the family moved to Berkhamsted and Richard began cycling with the “Mud Pluggers”, another passion of his, whilst working at various companies, including Kvaerner ASA in Finland, and Davy Corporation. These ship building enterprises left a lasting impression on Richard, and he would often regale stories of time spent in this industry.

In 2002, he joined BAA as the technical director and was responsible for some major capital programs across the seven UK airports during the period of major expansion and expenditure. Following four years at BAA, he moved to IDM Group Ltd in 2006 as Chief Executive for this private equity backed venture targeted at Oil extraction, delivering very strong growth for the business in the US and Ukraine. In 2008, Richard joined MPF Corp Ltd as the Chief Executive looking after the restructuring program of this oil and gas company. In 2011, Richard spent one year at Lloyds Register Group providing expert advice in their energy, marine and transportation sectors.

In 2013, Richard joined buildingSMART International (bSI), as the Chief Executive and was tasked with forming a fully professional not-for-profit organization to lead the digital transformation of the built asset industry. The early years were challenging, with little resources to rely on, Richard doggedly continued with what he saw as an important mission. He was a passionate advocate of collaboration and believed the industry could be more efficient and cooperative. He would say that “my vision is to enable full benefits from digital ways of working in the built asset industry."

He was able to start building the organization, hiring staff to support the growth and demand. His expert leadership saw the Architecture Engineering and Construction (AEC) and asset owner communities collaborate effectively across international borders to develop major international standards that will become vital to how buildings and infrastructure are designed, built, and managed in the future. He was always willing to accommodate any person from any background and he relished the challenges it presented. His regular keynotes, powerful messages, and aspiration for reducing waste, increasing productivity, and developing a more sustainable future were a feature of his work at bSI. He would regularly say “there is so much still to do”. Through his leadership period the company income rose by a factor of eight and the community following grew from several dozen to well over thirty thousand people. It was clear to those that worked in the community with him how extraordinary his achievements were.

“buildingSMART International has been able to benefit from Richard's vast experience, he has raised the organization to a new level and built an excellent team that supports and holds the community together. This is clearly his merit and legacy to us. Through his extremely positive human nature, he has built bridges between different cultures, companies, organizations, government agencies, research institutions, universities and especially between people.”. Rasso Steinmann, Deputy Chair, bSI.

Richard added road cycling to his pastimes in 2015 and a weekend would often consist of mountain biking one day and road cycling the next. His cycling expeditions saw him exploring India and the Balearics on his bike. Recently, Richard embarked on two major sailing trips. Firstly, he sailed the Atlantic with his son, Michael as part of the Clipper Round the World Yacht Race, sailing from New York back to England and in December 2021, he sailed from Gran Canaria to St. Lucia as part of the Atlantic Rally Cross (ARC) venture where Jane met him for some post-sailing relaxation time. Following his return from this trip, he had reflected in early 2022 how lucky he was to have so much support from Jane, who encouraged his many enterprising ideas and love for adventure. He had visited his daughter Maddie in Canada during Christmas of 2022 and remarked that although the trip was affected by the Covid situation, how nice it was to spend time with the family.

His legacy and imprint will be long-lasting and immeasurable - and thanks to his charm and his laugh – Richard will always be unforgettable.

A celebration of Richard’s life was held on 9th May at the Chiltern Crematorium in Amersham.

You can watch his funeral service here: https://www.wesleymedia.co.uk/webcast-view

There is also a JustGiving page set up by the Petrie family. All donations welcomed.